Sex can be pretty damn silly, but we often focus on the serious side. That’s why we put a call out to our Instagram followers to submit their funniest, most ridiculous, shocking sex bloopers for our collective enjoyment. Whether these make you feel a bit better about your own sexual blunders or give you a chuckle, we think sharing our not-so-perfect sexual encounters is a fabulous way to lighten things up and reduce friction. Let us know what you think – we might just make this a regular series. 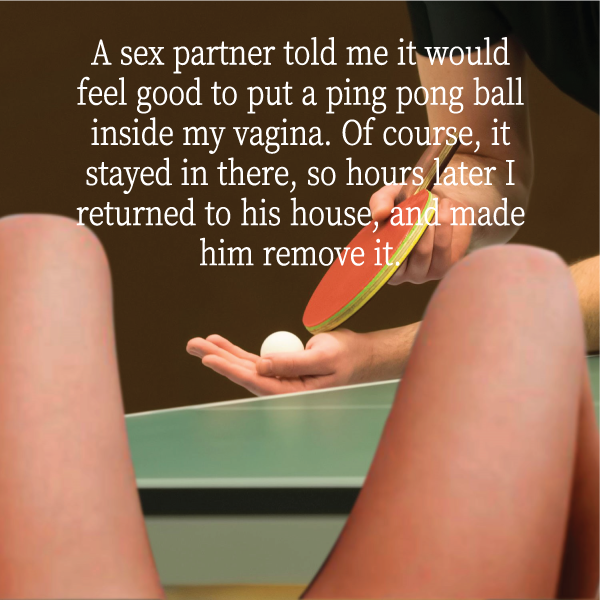 I brought this Tinder date home for the first time. He was very hot and as it turned out, well endowed. We were getting frisky and i was giving him head when he started thrusting into my mouth. I have a pretty sensitive gag reflex and before I could say anything I realised my dinner was coming up and I spewed all over his dick. I wasn’t embarrassed because it was his fault and we ended up showering together and continuing sexy times. We kept hooking up and a couple of weeks later the same thing happened, but I had time to run to the bin this time. I yelled at him for thrusting into my mouth when he should have known what was going to happen. From then on me and all my friends referred to this guy as ‘spewy dick’ 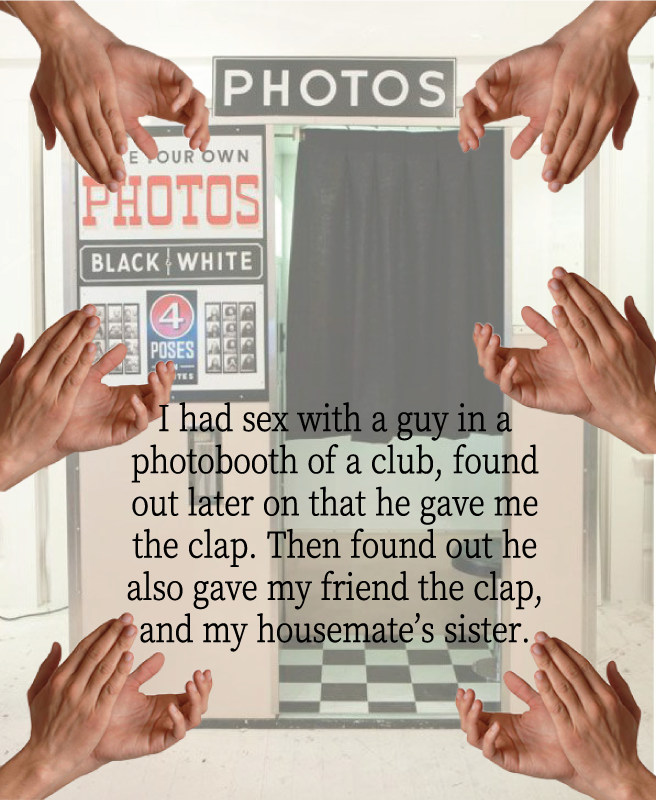 When I was 18 me and my best friend went and stayed at my family’s little beach cabin. Of course, being 18 and new to the world of sex and alcohol, you best believe we hit up tinder within this local beach town as well as resorting to picking up at the local bowls club. After a few vodka oranges and successful bowls club outing we invited a few boys back to the cabin… one thing led to another, and I was in bed with one of them. Mind you the bed I was in was my parents. Being a cabin, it was one of those typical caravan style beds… not much space. I went to climb on top of this boy and being my long limb clumsy self, I ended up fly kicking the window and fully shattering it. Needless to say, the conversation to my dad the next day explaining that I broke the window because I “jumped on the bed” was very much a lie with quite a few holes. Thankfully my father wanted to believe the best in his darling daughter, and we’ve never ever spoken about it since.’ 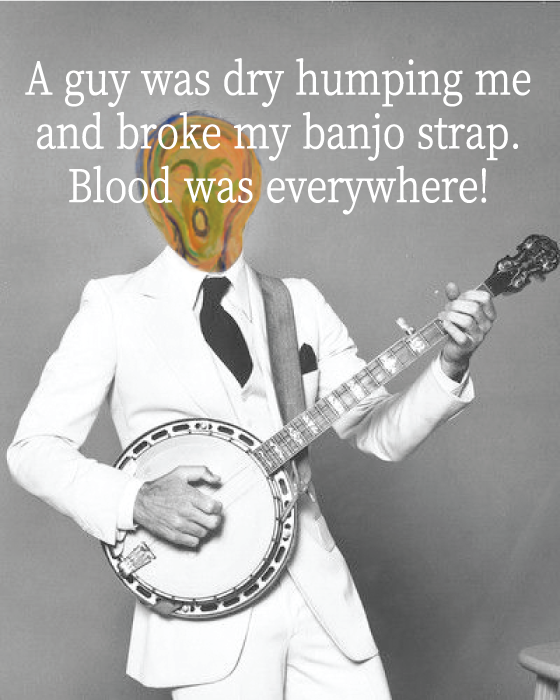 Actually, my first time having gay penetrative sex – I went home to this boy’s house. When we were making out and taking our clothes off and somehow, I cut my knee and it started bleeding. Undeterred we went into his room and continued. His sheets were white and there was a bit of a Jackson Pollock effect from my knee. Then he asked me to fuck him. Which I did. But he hadn’t douched particularly thoroughly and a few moments after I started some shit came out and it got on the sheets. He didn’t seem to care, and I didn’t want to appear prudish, so I kept on going. After a few minutes I stopped and looked at the sheets and it looked like a war zone. I remember not being sure what to do. I didn’t want to shame him, but I also didn’t want to continue or sleep on the sheets. I must have been really tired because I then fell asleep and awoke in the morning to see the horror before me. 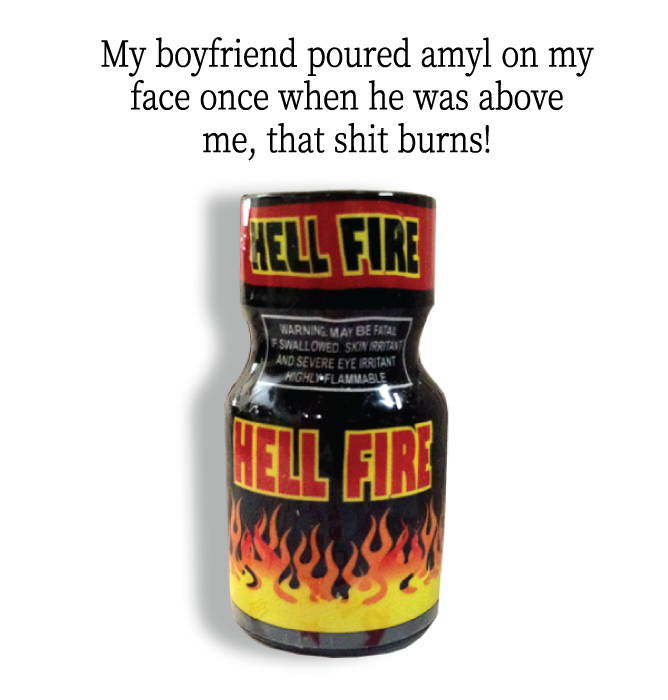 Before Tinder existed, a guy drove me from a club to make out with me alone in a park. Then all of a sudden, men started appearing from the bushes to surround us. We thought if we were to keep making out, they would eventually leave and realized we were here first, but more started to appear. Then of course we froze. So, I had no idea 15 years later telling hubby about “this guy who arranged his mates to meet him at the park to watch him make out with me” was not actually that guy’s plan. Turns out hubby knows what Dogging Parks [beats/cruising areas] are. I had no idea! I thought all this time the guy had arranged it and was a predator of some sort. Explains why he froze in the moment then drove me back to the club. I was so confused Ah well, how is one to know? 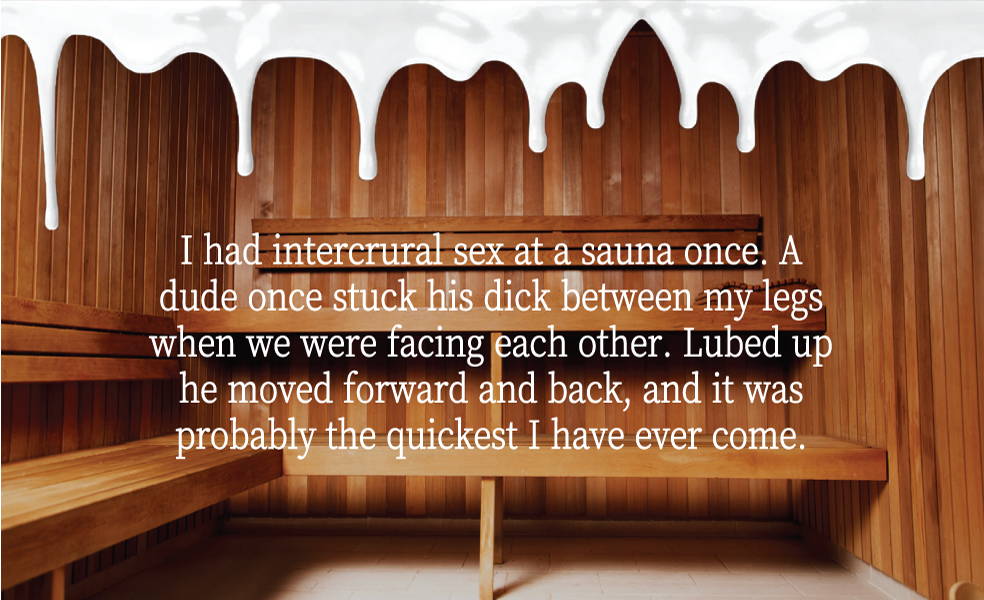 A had a guy stay over and he went to the bathroom in the middle of the night and had been gone a while. I woke up again a bit later and assumed he was passed out in the bathroom so went to check on him, he wasn’t in the bathroom. It’s about 5:30am and I went into the lounge kitchen area and didn’t see him. I was really confused because I knew he hadn’t left then I see him, passed out butt naked on my kitchen floor. I realised I needed to get him up before my roommate saw this random naked man on the floor. I slapped him in the face, he sort of grumbled but didn’t wake up, so I had to physically lift up this 6 ft something man and carry him to my room. This is why you shouldn’t fuck people you met at Berghain two years ago. 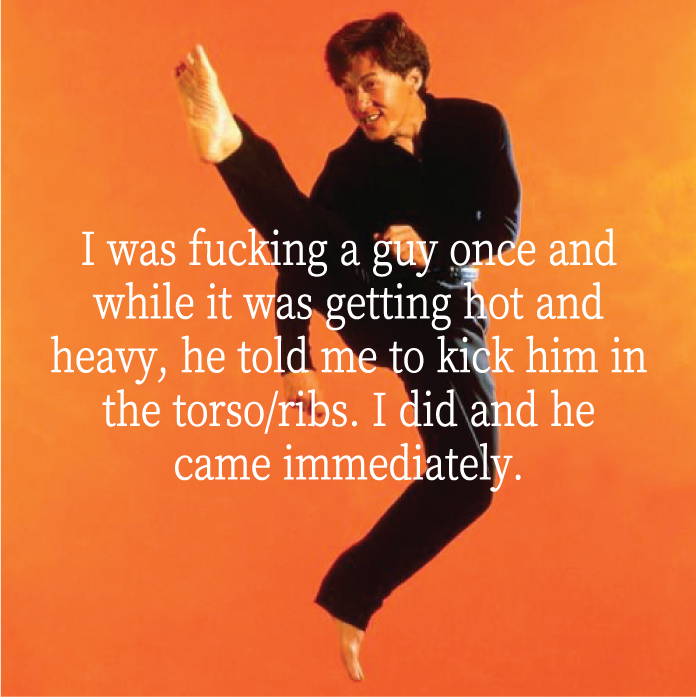 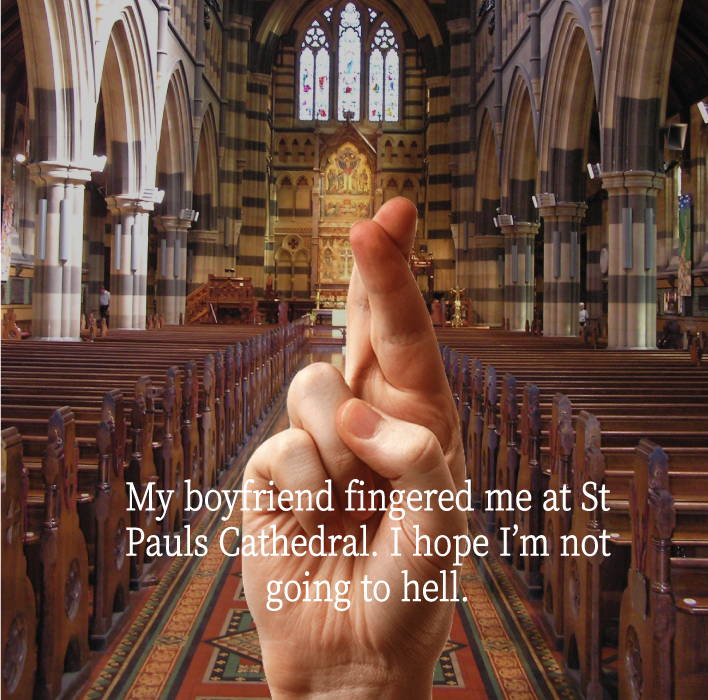 We were having nature sex at the river. I was sitting on a log, and he was standing on a wet rock. It was so wonderful listening to the water cascade over the mossy banks, and the hot sun. He was kissing my naked body all over then he slipped, grabbed onto me and pulled us both into the icy water/hard rock reality… it was a shock to say the least. 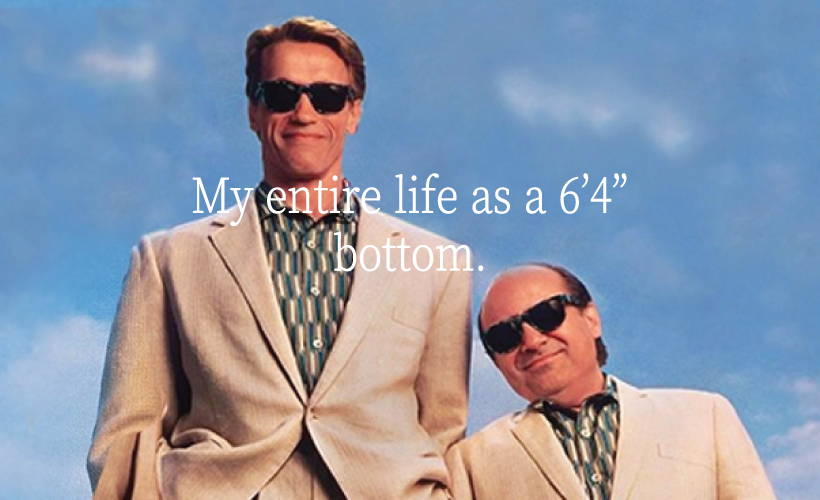 I was hooking up with this grotty skater dude when I lived in San Francisco and woke up in the middle of the night really drunk. I walked to my kitchen to get some water and my root was in there and shooed me away saying, “don’t come here!” I was drunk, confused and sleepy so just went back to bed. The next morning it was all normal, we went out for coffee and then my roommate text me and said, “hey this is a weird question, but do you know why there’s a shit in our kitchen sink?”

Want to submit your own sex blooper? DM us here, or email us here.