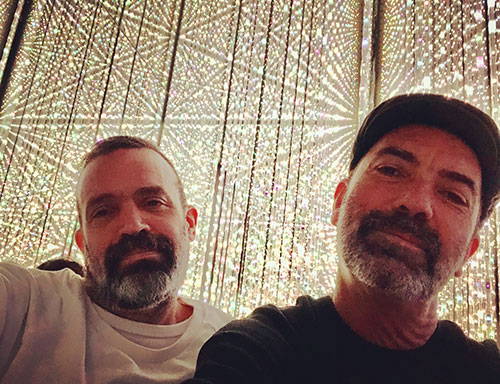 They have performed at major festivals (remember them?) including Glastonbury, Burning Man, Sydney Mardi Gras, pride festivals from Hobart to Helsinki as well as iconic clubbing institutions Berghain and Horse Meat Disco. They are resident at Queerbourhood, a weekly LGBTIQA performance art night at The Bearded Tit now on its 6th year of bringing light and love to the nightlife.

Their drip(mix) draws on a tradition of bath house music. Inspired by sex on premises venues, Sounds for Gay Saunas is a pounding soundtrack for both parties and penetration – either way it will certainly get your heart racing.

You can book Stereogamous here.